I've been seeing an increasing amount of baby pink on developer Twitter.

In lieu of the hooded figures in dark rooms, boxy hardware, and streams of neon green characters that we traditionally associate with code nerds and computer geeks, there's been a sudden influx of pastel shades and baby animals.

It's an aesthetic that feels like walking into a Sailor Moon episode. Bright, sparkling rainbows and unicorns waft by a soft pink backdrop. Everything looks like a puffy, dusted marshmallow. 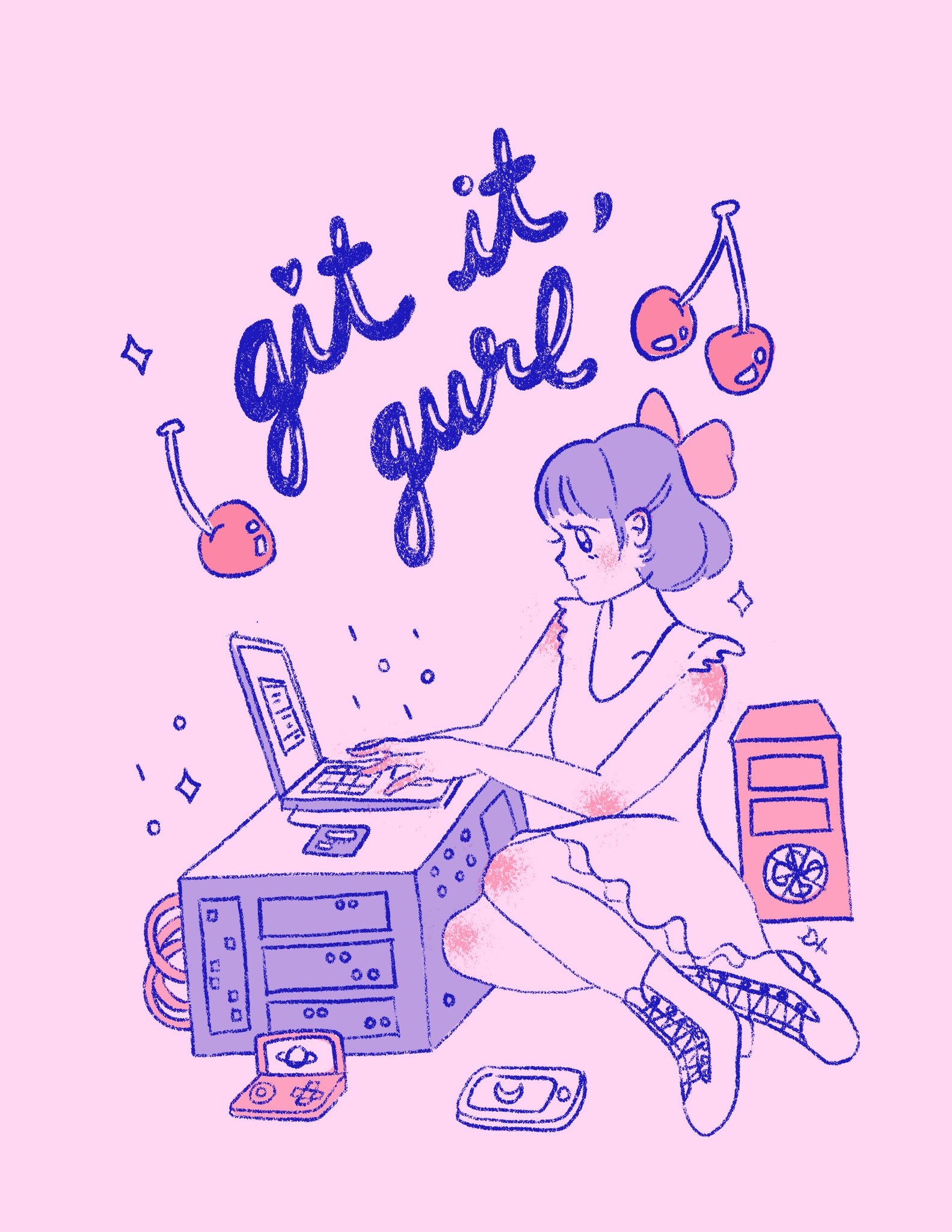 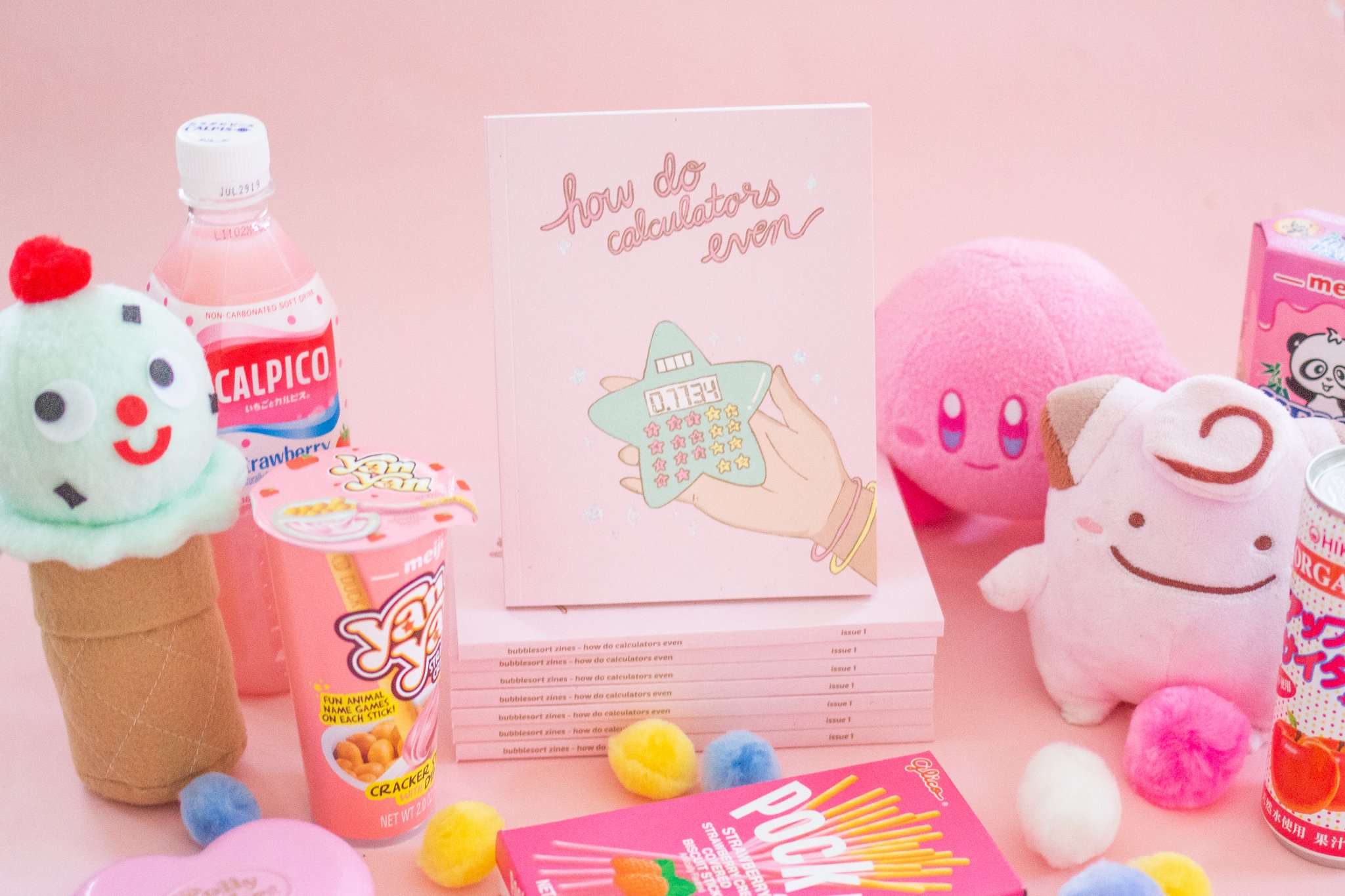 For lack of a better term, I'm calling this style "femme dev." To be clear, by femme I don't mean "for women." I mean it in the sense of celebrating a traditionally feminine aesthetic.

Sex (man / woman) is not the same thing as gender (male / female). If you're not familiar with gender theory, Judith Butler is a good introduction.

Feminine and masculine are socially constructed roles, behaviours, activities, and attributes. The way we walk, talk, sit, dress, and decorate our laptops all have the potential to be 'read' as either masculine or feminine by those around us. Or somewhere in between. It's all a big fuzzy spectrum.

Our ideas about what reads as feminine or masculine is fluid and culturally relative. These roles are constantly shifting and changing under our feet. We have only associated the colour pink with femininity for the last 100 years Good read by The Atlantic on this - Pink Wasn't Always Girly
"In the 18th century, it was perfectly masculine for a man to wear a pink silk suit with floral embroidery", and it's reasonable to expect that in 100 years time we'll once again attach arbitrary colour associations to arbitrary gender roles.

But given our current historical moment, it's fair to say the aesthetic on display here draw on an established history of traditionally feminine visual styles. By no stretch of the imagination does that mean it is designed just for women, or off limits to men.

It simply means it's made for anyone who enjoys the aesthetics of soft, puffy Kirby plushies and sparkle text.

Amy Wibowo who runs bubblesort.io is one of the folks at the centre of this fuzzy, adorable shift. Their zines, keyboard designs, and sweatshirts bring an intentionally femimine vibe to an industry overwhelmingly staffed by self-identifying males. An unsurprising 91.1% male according to 2020's State of JS survey

Since keyboards are one of the only pieces of 'kit' developers use in their jobs (other than 32" tall vertical displays), custom keycaps designs have become a central feature of this movement. 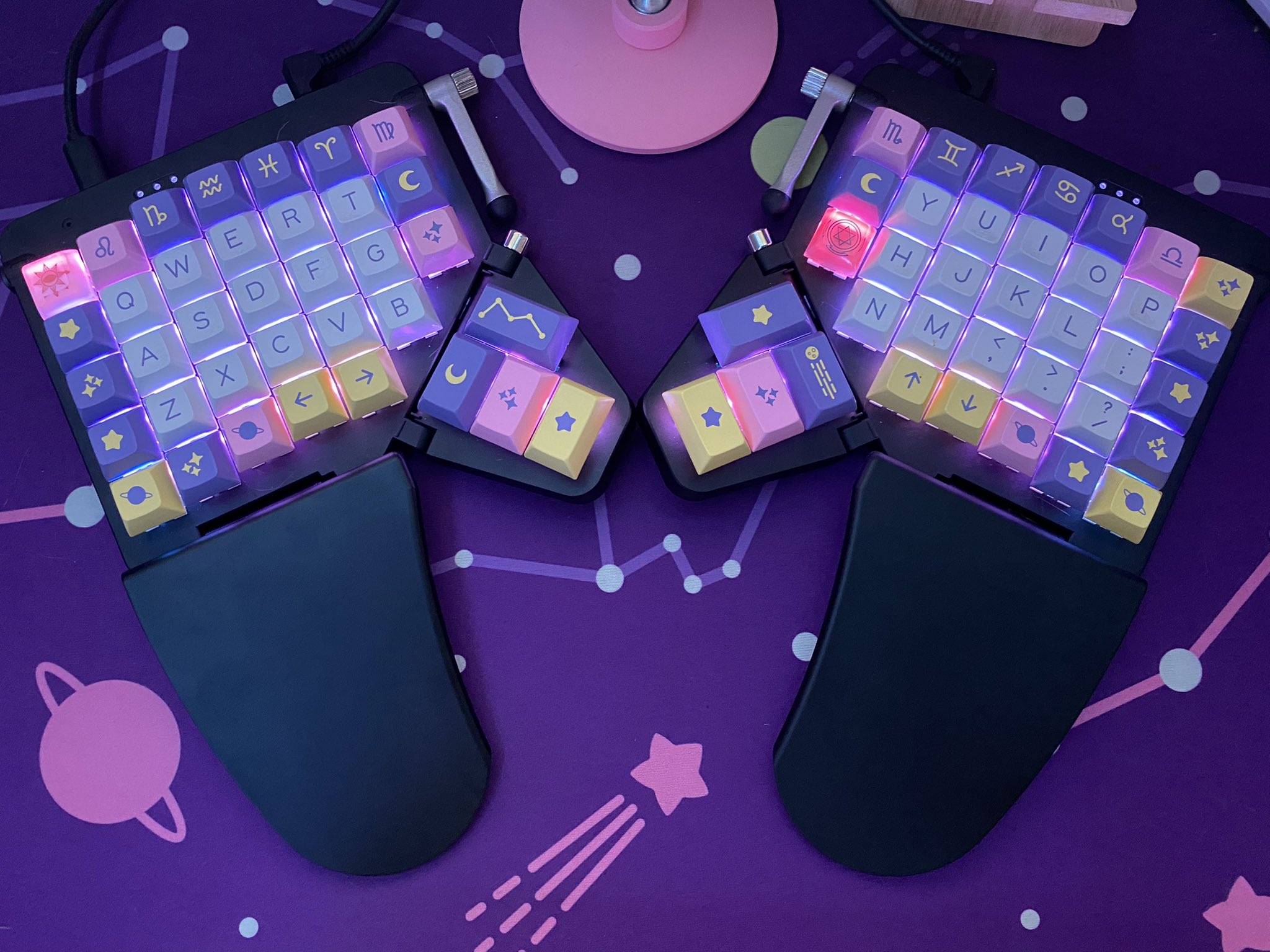 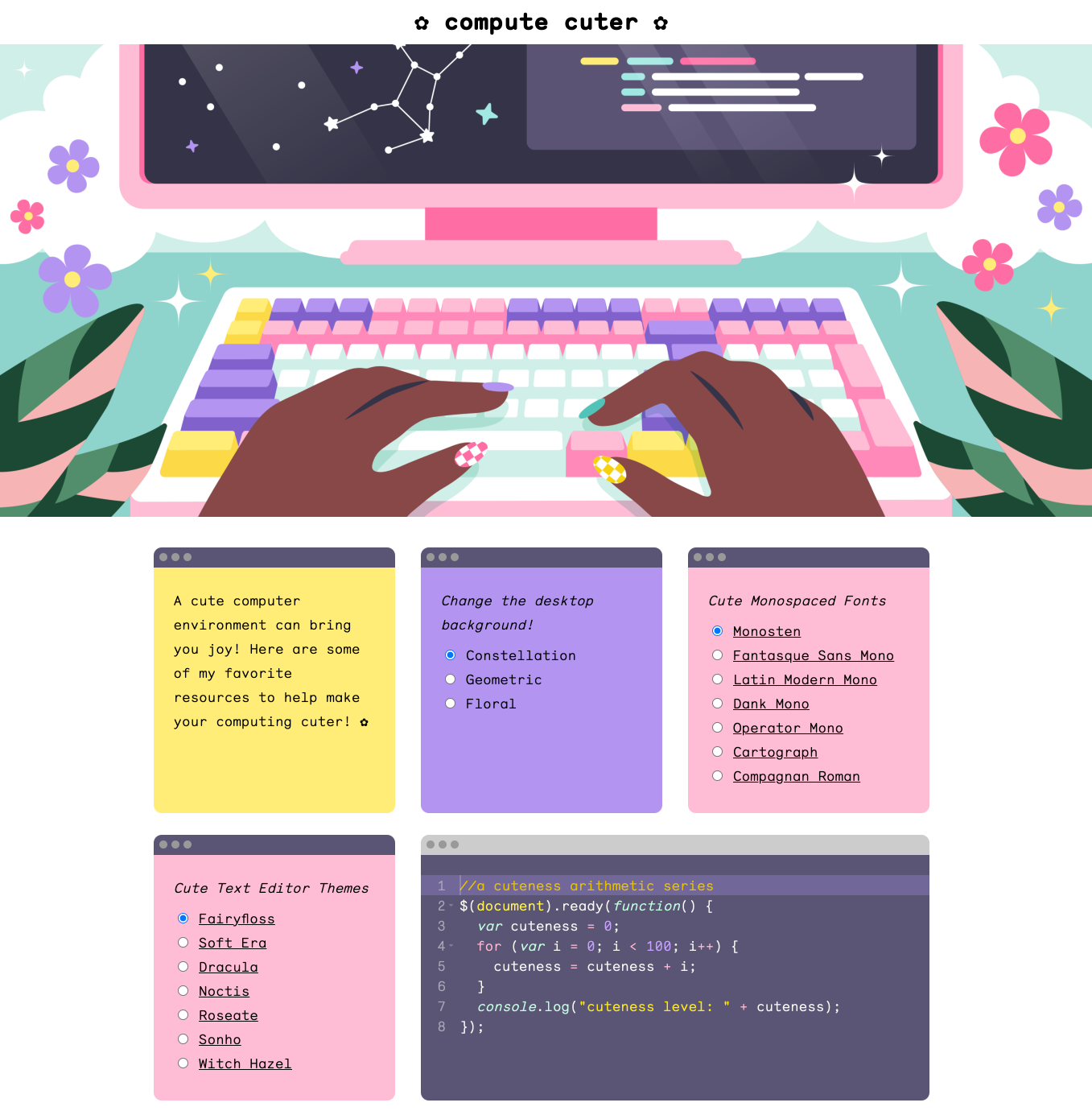 Considering the plethora of males in development, the rise of femme aesthetics is perhaps both curious and not.