A Brief History of the Digital Garden

Back in April I put up a long twitter thread on the emerging trend of Digital Gardening. It gathered a little buzz, and made clear we're in a moment where there is something culturally compelling about this concept.

We have an epic collection going, check these out...

The term is not new.

It's been floating around for over two decades. Though it's passed through a couple of semantic shifts - meaning different things to different people across the years. As words tend to do.

Tracing back how Neologisms are born and evolve helps us understand why we needed the word in the first place. A game I am very here for. 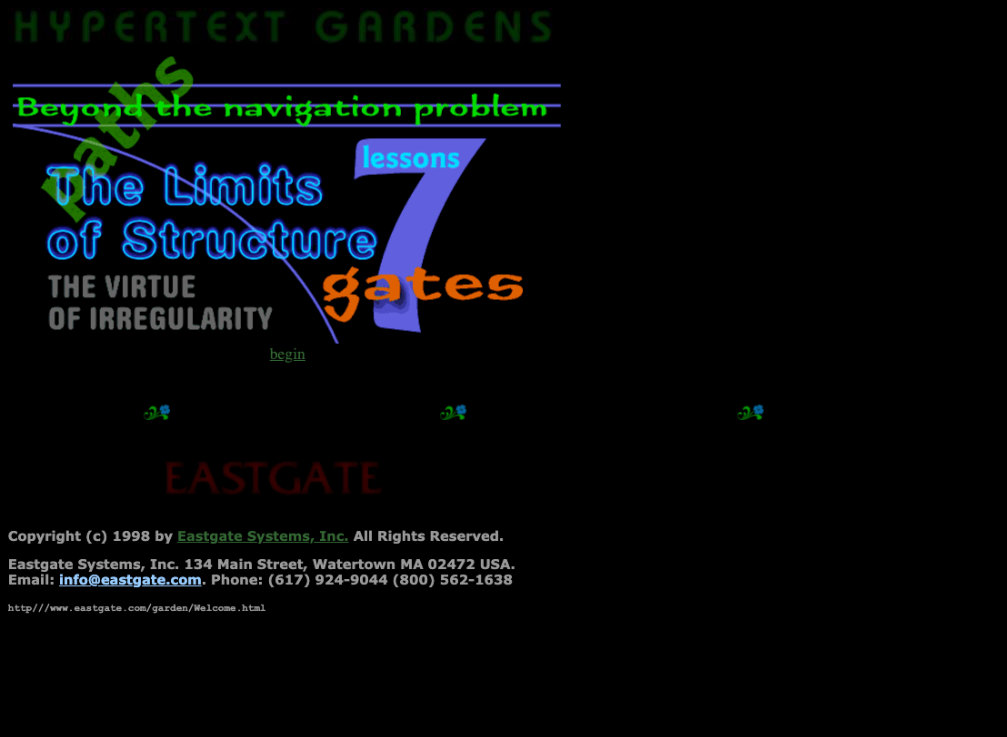 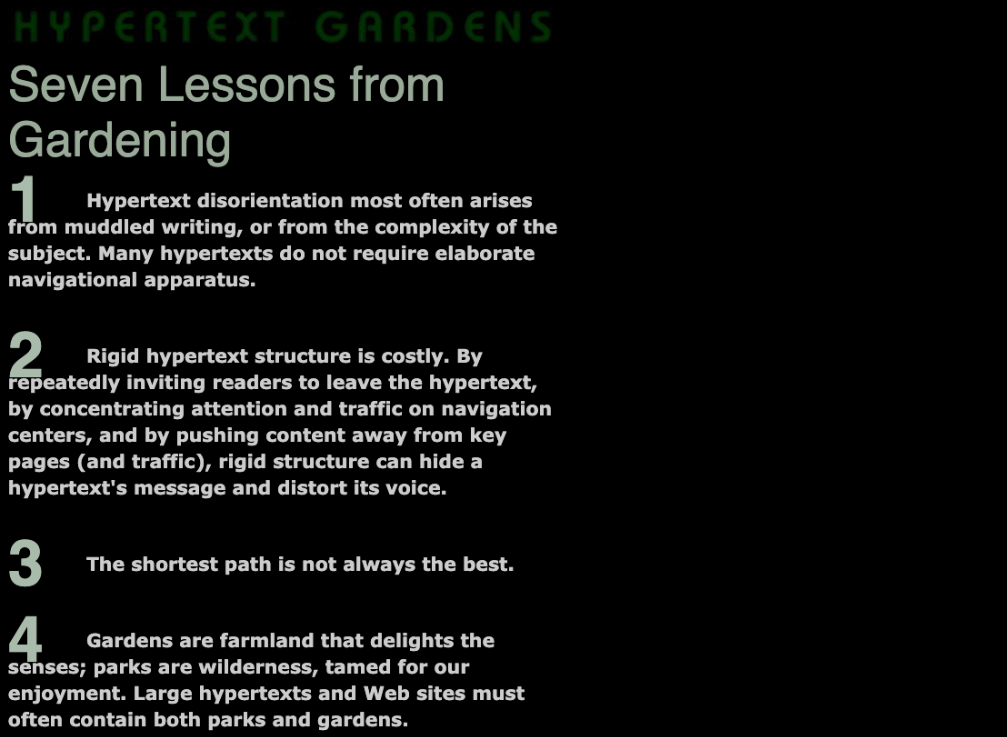 Let's also note Mark's graphics are to die for

This whole artefact is a beautiful reflection on nature of links, the balance of chaos and structure, and a call to embrace free-wheeling web exploration.

It was part of a larger metaphorical conversation happening throughout the nineties around hypertext. The promise of The Web was a labyrinth-esque landscape tended by WikiGardeners and WikiGnomes – the caretakers cleaning up broken links, attributions, and awkward white space.

While it's mostly a manifesto about the user experience flow, content organisation, and the early web debates over The Navigation Problem, the core ethos feels aligned with our emerging understanding of digital gardening.

"Unplanned hypertext sprawl is wilderness: complex and interesting, but uninviting. Interesting things await us in the thickets, but we may be reluctant to plough through the brush, subject to thorns and mosquitoes"

After Mark's essay the term digital gardening goes quiet for nearly a decade. Until Twitter...

In April of 2007 when Tweets first started ringing through the internet airwaves, Rory Sutherland (oddly, the vice president of Ogilvy Group) used the term and defined it as "faffing about syncing things, defragging - like pruning for young people" For those from outside the Commonwealth, "faffing" means mucking about without a clear direction or useful output

The next dozen mentions on Twitter all followed this sentiment – people were using the term as a way to describe digital maintenance - cleaning up one's digital space in general.

The focus was on sorting, weeding, pruning, and decluttering, rather than growing and cultivating. People mentioned private folders, codebases, and photo albums as the focus of their gardening efforts. Whereas now we're mainly talking about public notes and wikis.

These people were digital puttering more than gardening.

Weeds vanquished. Wish I could select weed, copy/paste it's attribute and then select all with same attribute and delete. Digital gardening.

really need 2do some digital gardening in my iPhoto library. If u were gonna divide huge library into smaller ones, what would u name them?

The quality of writing on below this point is haphazard, disjointed, and possibly non-sensical. It's probably a good idea to come back later.

At the 2015 Digital Learning Research Network, Mike Caufield delivers a keynote on The Garden and the Stream: a Technopastoral

It later becomes a hefty essay that lays the foundations for our current understanding of the term. Mike is the first to put this whole idea into poetic, coherent words.

Caufield makes clear digital gardening is not about specific tools, it's a different way of thinking about our online behaviour around information.

Digital gardening is low friction - tending it shouldn't take more effort than a Tweet. Just like a real garden, watering and clipping it is part of a daily ritual.

Our existing understanding of blogging is performative. The premium medicore culture of Millenialism defined the last decade of blogging as a way to Promote Your Personal Brand™ and market your SEO-optimized Content. Weird, quirky personal blogs of the early 2000's turned into cleanly crafted brands with publishing strategies and media campaigns.

Informal, personal streams of ideas were sidelined into social media or burrowed underground on the Cozy Web.

Digital gardening is the [Domestic Cozy] version of the personal blog. It's less performative than a blog, but more intentional and thoughtful than our Twitter feed. It wants to build personal knowledge over time, rather than engage in banter and quippy conversations.

A Meta-Tour of This Site

Jared Pereira has been running a wonderful series of personal website tours this year. The guest list features many of my favourite Digital Gardeners and indie web creators such as Tom…