A Brief Introduction to Digital Anthropology

Eight years ago, one of my undergraduate professors handed me the book Addiction by Design by Natasha Dow Schull. It's a gorgeous ethnographic tale of gambling machines and the people addicted to them. 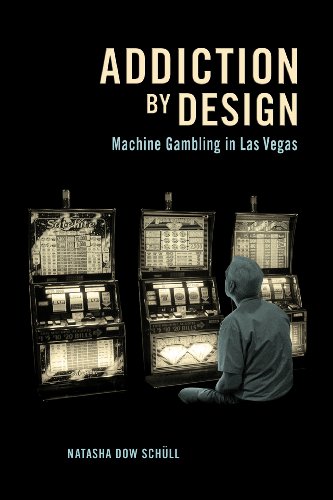 Addiction by Design takes readers into the intriguing world of machine gambling, an increasingly popular and absorbing form of play that blurs the line between human and machine, compulsion and control, risk and reward.

It's more than a voyeuristic insight into people who sit at slot machines for 48 hours straight though. The garish floors of Las Vegas casinos become a venue to explore our embodied relationships with machines, the nature of technological dependence, and the potential hazards of mixing algorithmic systems with Capitalist incentives.

The book was my gateway drug into the field of digital anthropology (also known as cyborg anthropology back then), as well as its sister discipline Science and Technology Studies (STS).

I fell for it hard. The way everyone falls for big, intoxicating ideas at twenty-one. Like Marxism or Foucauldian Power or Quantum String Theory. But unlike my other intellectual flings, this one stuck with me.

It let to a thesis on the Quantified Self movement, technological embodiment, and Western Cosmology. I'm still exploring all the same research questions now, just through different means and ends.

After a few professional detours through illustration, web design, programming, and art direction, I'm circling back to my digital anthropology roots.

I've just (deferred until 2021) an MSc in Digital Anthropology at University College London.

Which means I'm being asked the question "so... what is digital anthropology?" far more frequently.

Forgive the obviousness of this, but like it says on the tin, it's the intersection of cultural anthropology and digital things.

Let's break these two down, because they're both are open to generous interpretation.

Cultural anthropology is the study of human culture – our narratives, symbols, rituals, habits, beleifs and norms.

Or as Clifford Geertz put it, it's all the webs of meaning and significance we spin for ourselves If you'd like more insightful writings on the nature of culture, Geertz's The Interpreation of Cultures is an essential read.

That might sound pointlessly generic. Plenty of disciplines study culture – sociologists, historians, and economists among them.

What defines Anthropologists is that we study culture through participant observation Anthropologists use all manner of other methods too – surveys, data collection, interviews, mapping, and historical research. But active participant observation is at the heart of the discipline – the act of completely immersing yourself in another culture for a long period of time as both an active participant in it, and an observer of it. You join in the dance, and then analyse what the dance means.

Essentially, we study culture at an "on the ground" level – looking for the individual stories, rich details, particular nuances, and thick description you can only find by spending extended time with people in their daily lives.
As opposed to pointing a telescope at them from afar, bringing them into labs to run hypothetical experiments, or amassing troves of personal data and analysing it for the 'big trends'.

If you want to know more about Anthropology, I can enthusiastically recommend Tim Ingold's short but beautiful introduction Anthropology: Why It Matters.

By digital things I mean objects and systems based on binary logic – the 1's and 0's that run all of modern computing.

Given that digital systems are now pervasive across human societies and take on a million manifestations, it feels a bit trite to try and define it. But this description fits quite well.

It comes from Miller & Horst's essential introduction The Digital and the Human: A Prospectus for Digital Anthropology

Binary code enables us to simplify information down into single bytes that can be easily stored, copied, manipulated, and sent through fibre optic cables at warp speed. It's what makes all modern communication technologies possible. It's also a sufficient catch-all category for the kinds of things Digital Anthropologists study.

We're into algorithms, data, anything to do with the internet, robotics, programming, virtual currencies, the gig economy, wearable devices, ubiquitous computing, and yes, weird subcultures in the dark corners of 4chan.

As a Digital Anthropology enthusiast and practioner-in-training, I'm often asked for reading recommendations that are are good entry points into the field. I've compiled a list of gateway drugs…